The Kentucky Arts Council offers several programs and grant opportunities  that benefit Hart County and its basket makers.  Funding through their Arts Access Assistance Program made an exhibit and a series of related activities and basket classes possible in 2016.  An additional grant has made a new series of basket classes available in 2022.  The Hart County Historical Society is grateful to the Kentucky Arts Council for the grant which made this possible. The Society also appreciates the partnership with The Hart County Public Library which hosted the classes in their location. 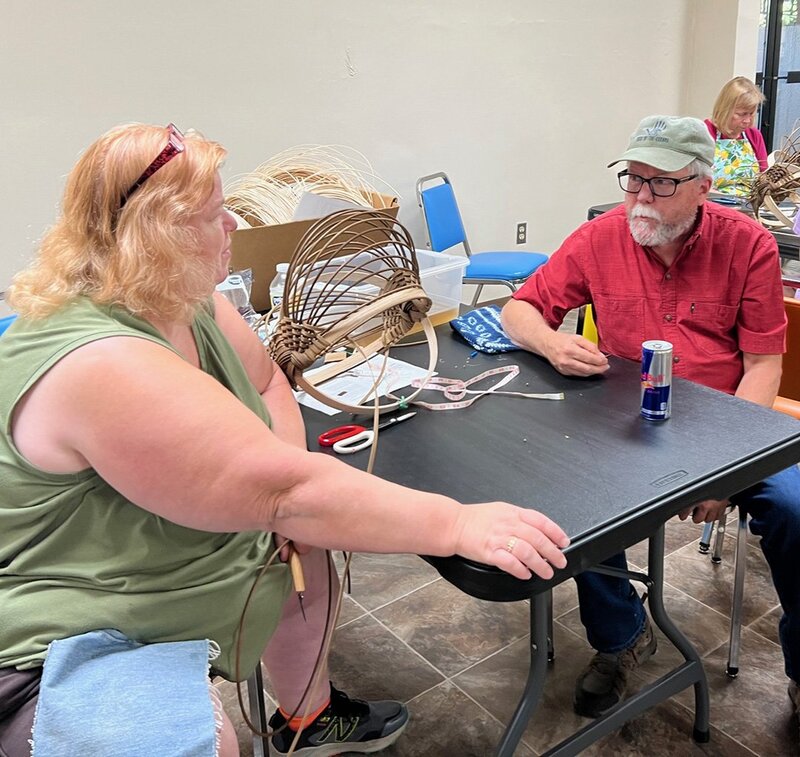 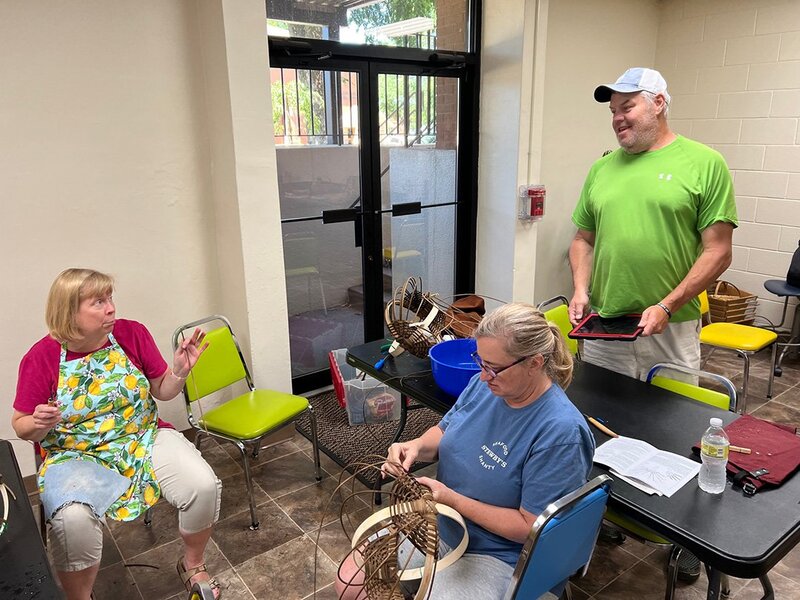 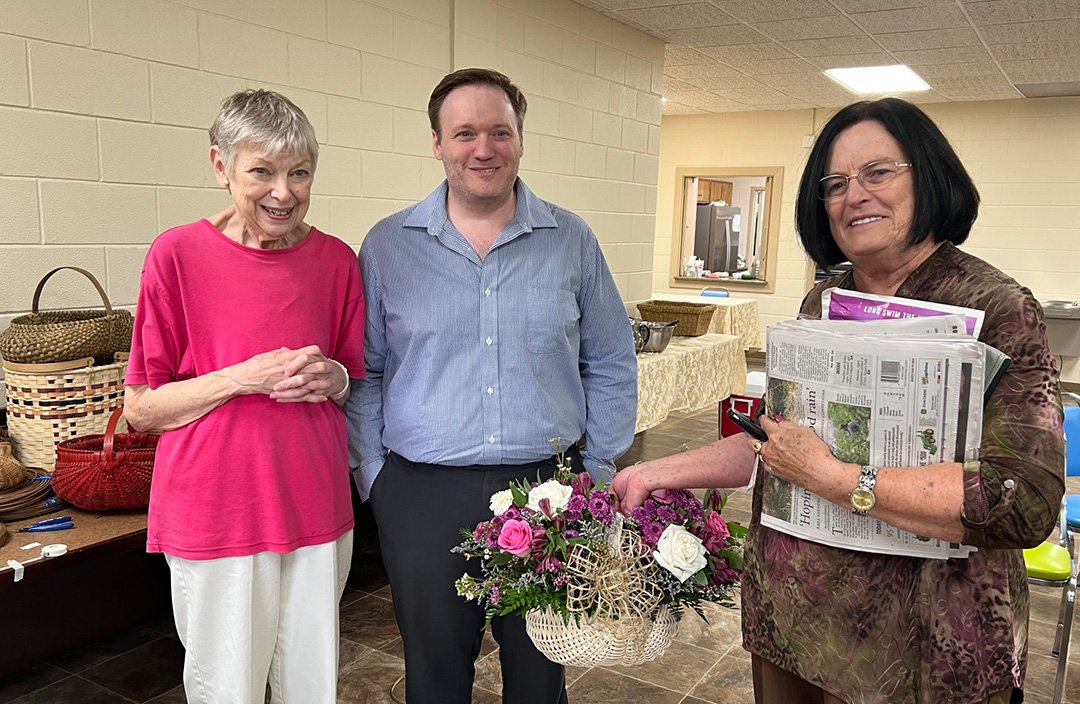 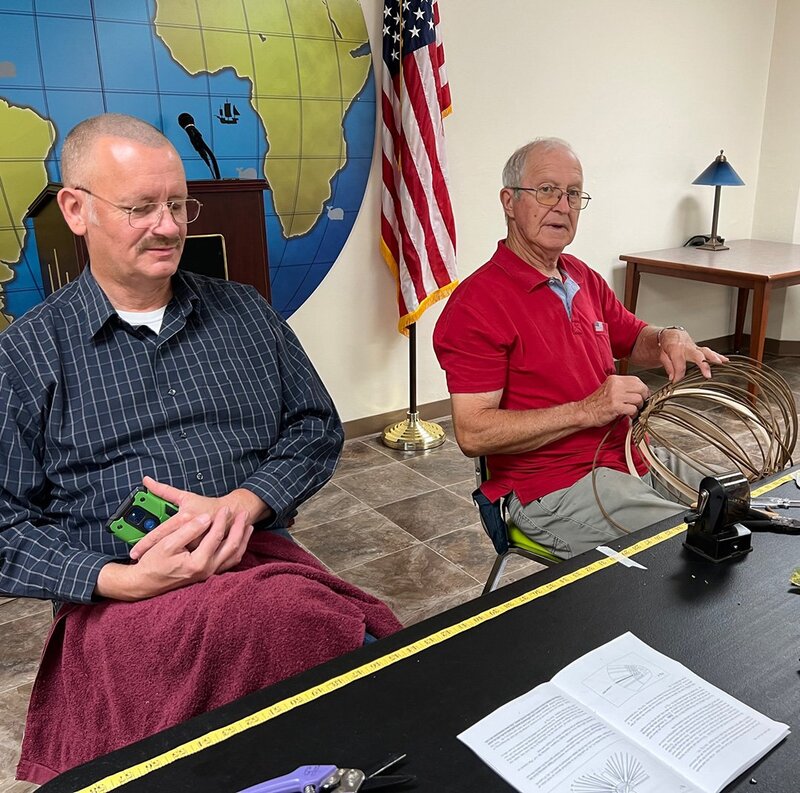 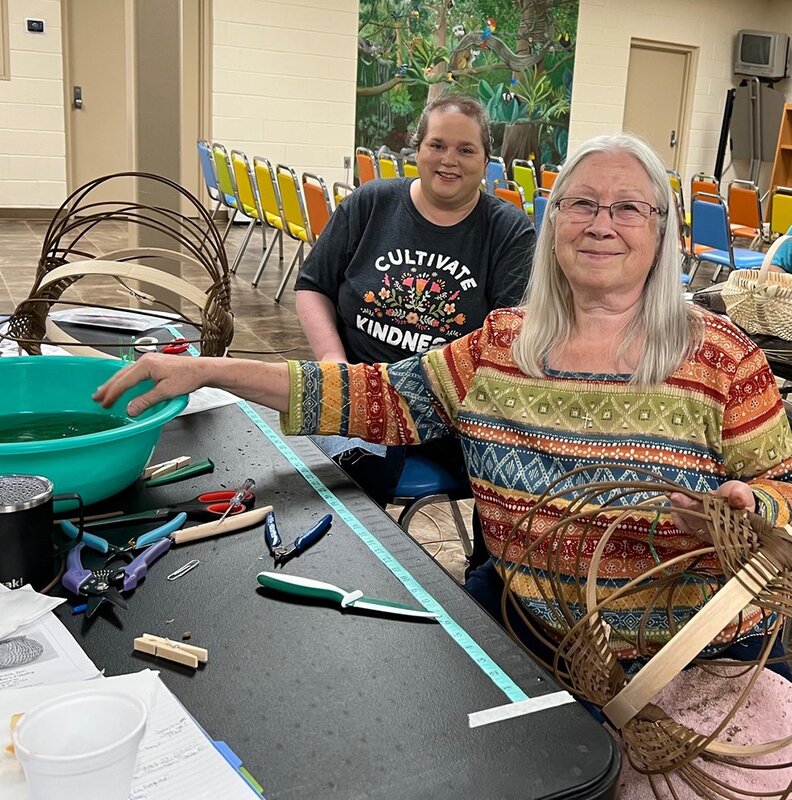 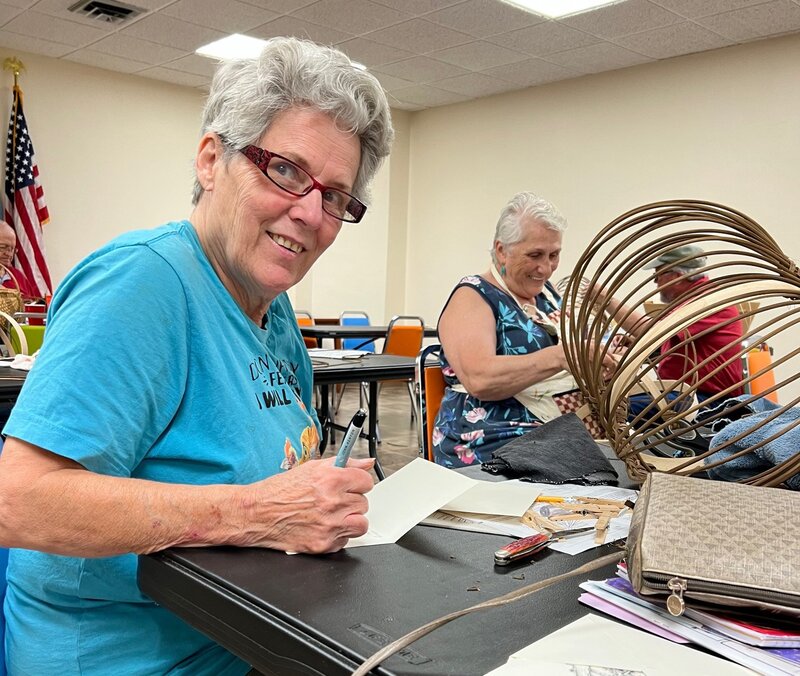 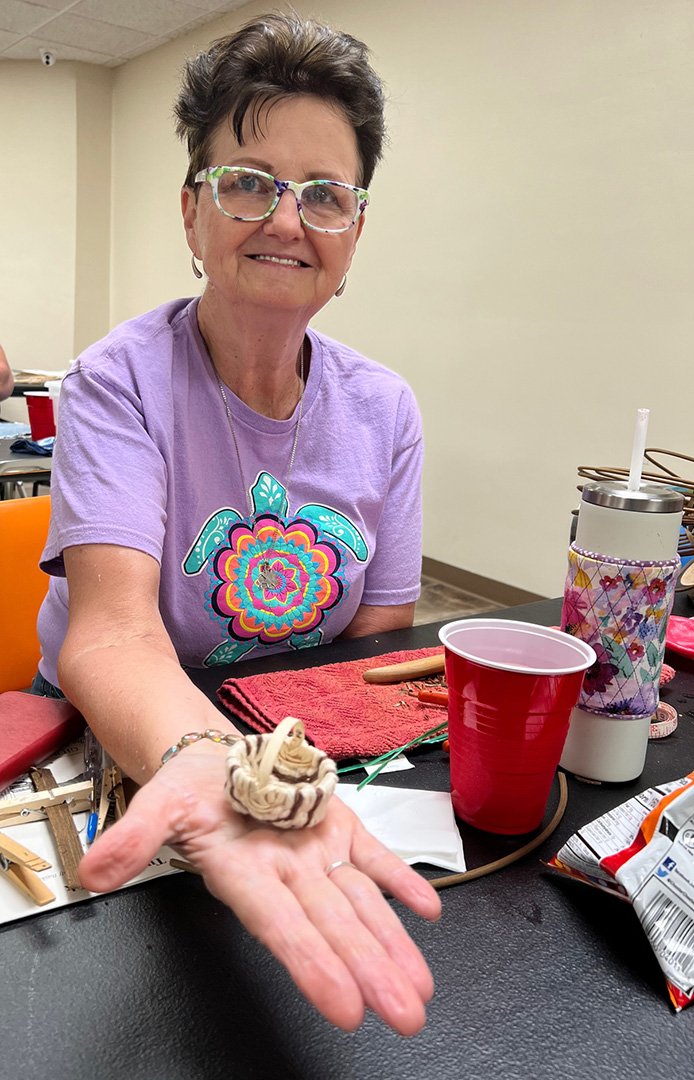 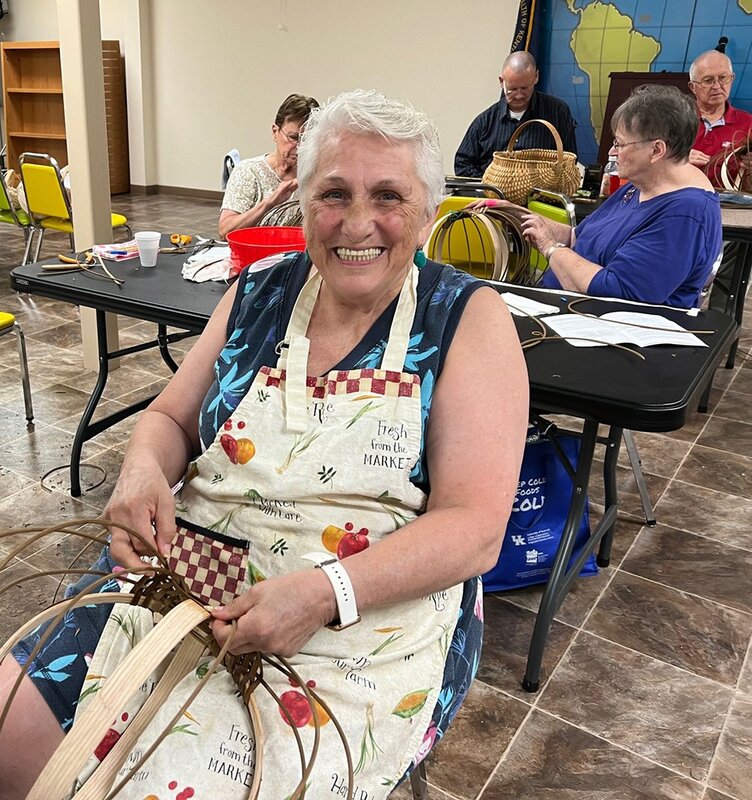 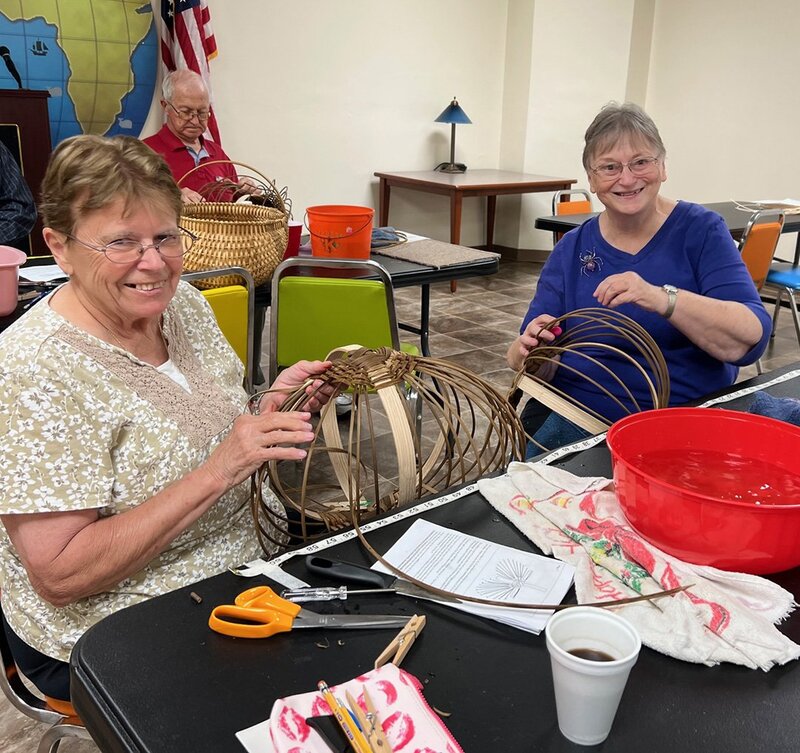 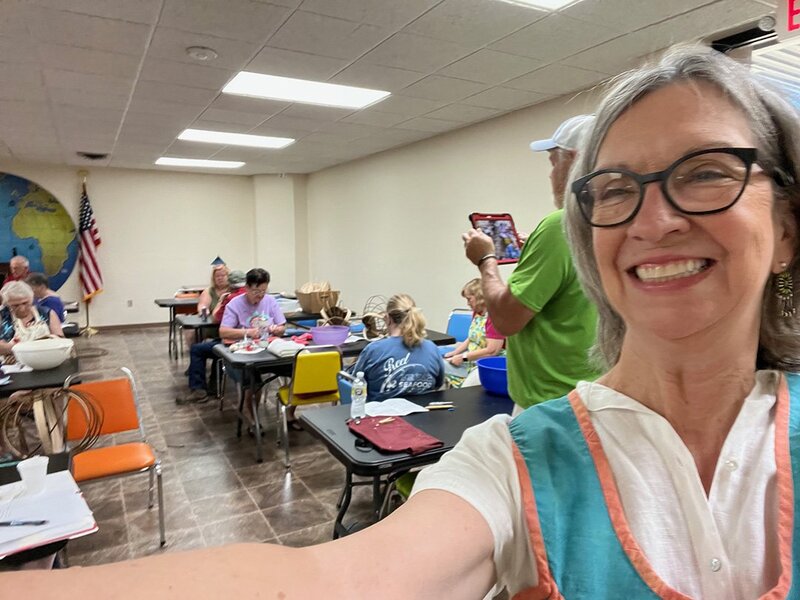 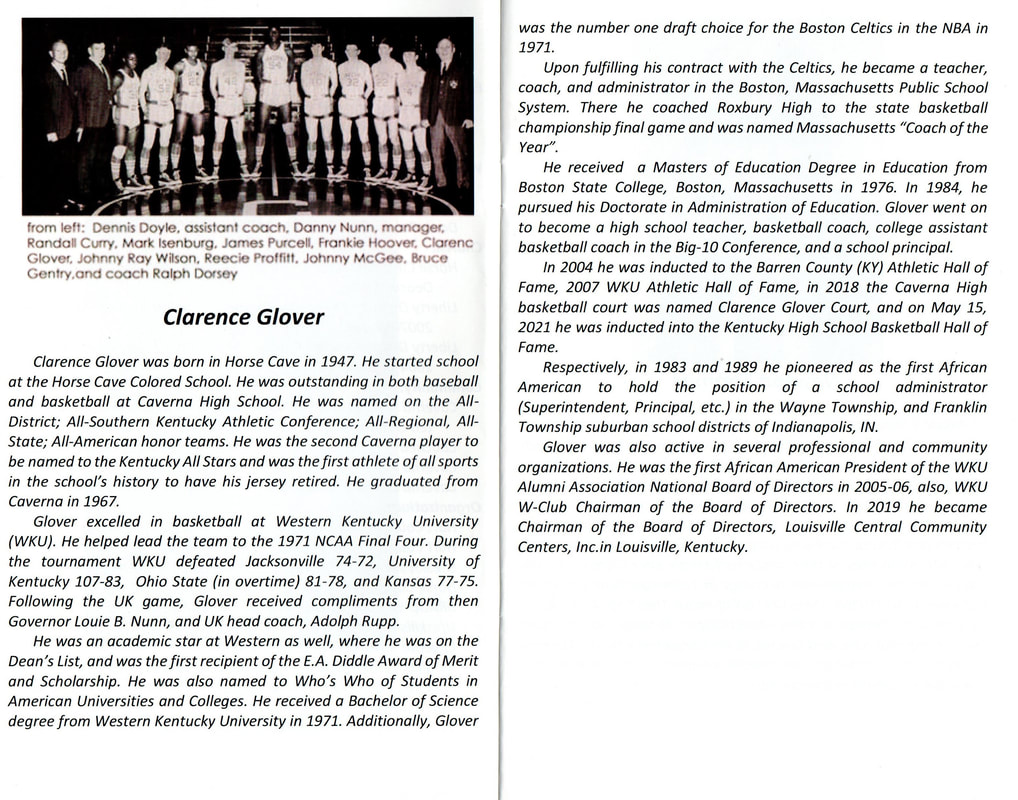 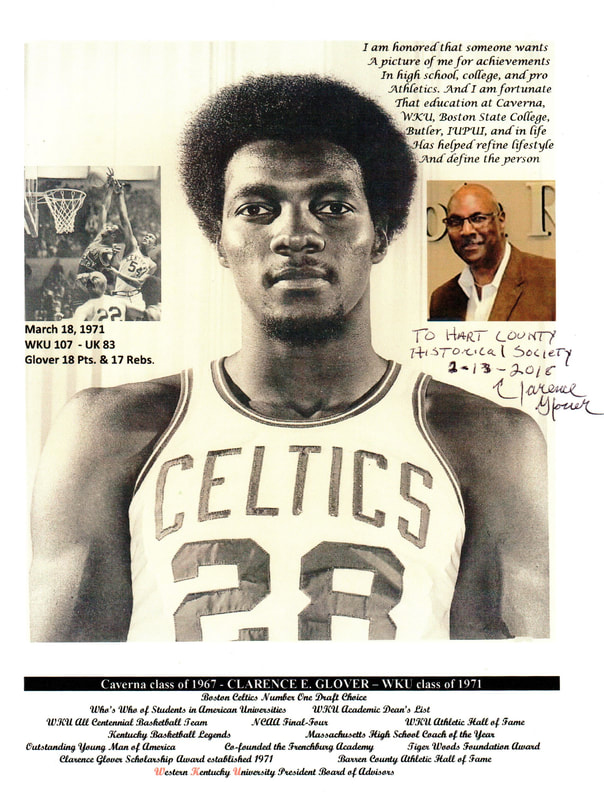 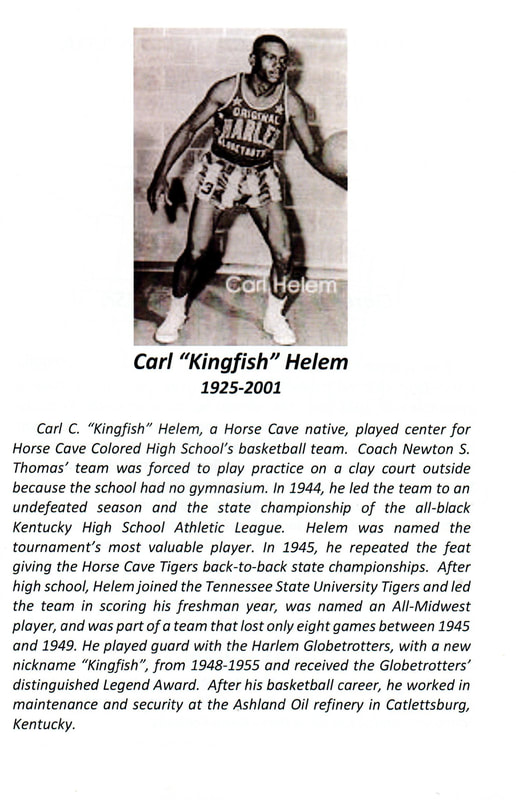 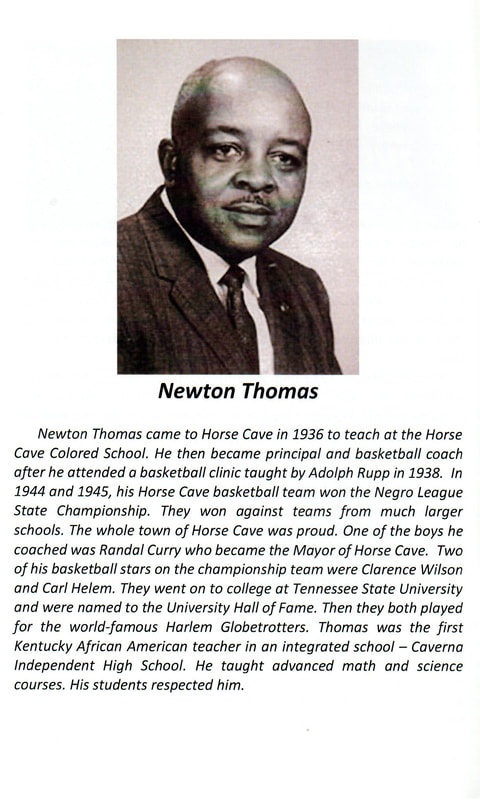 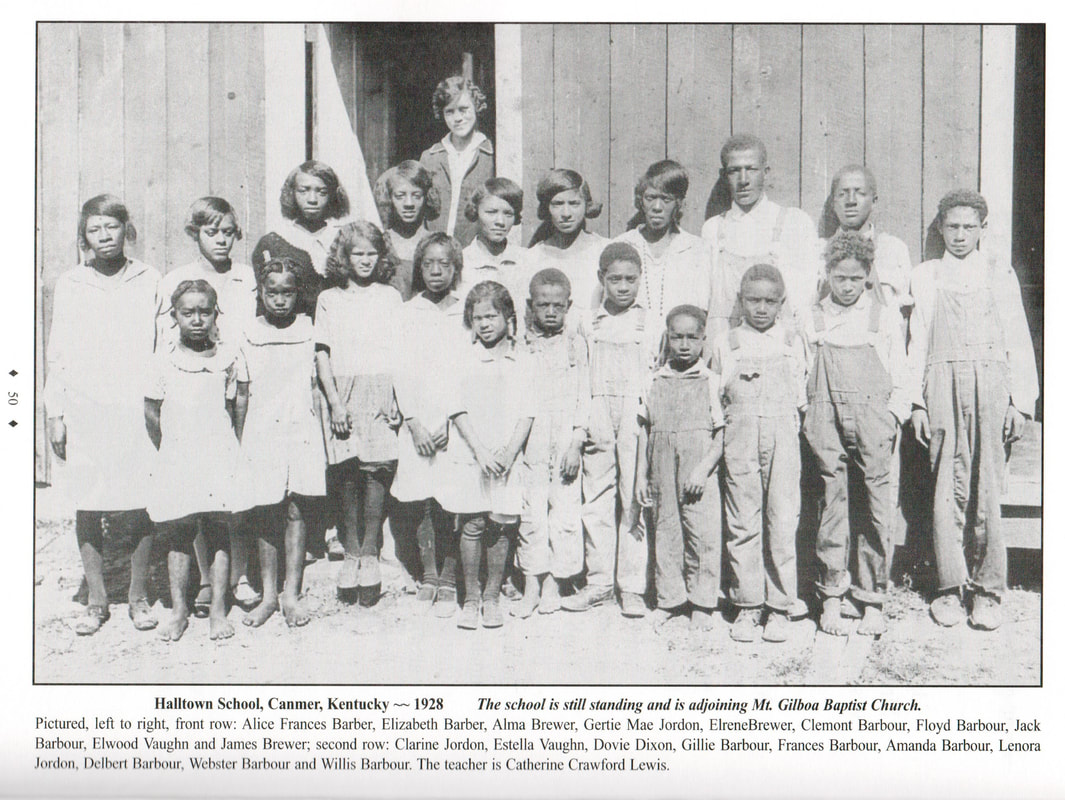 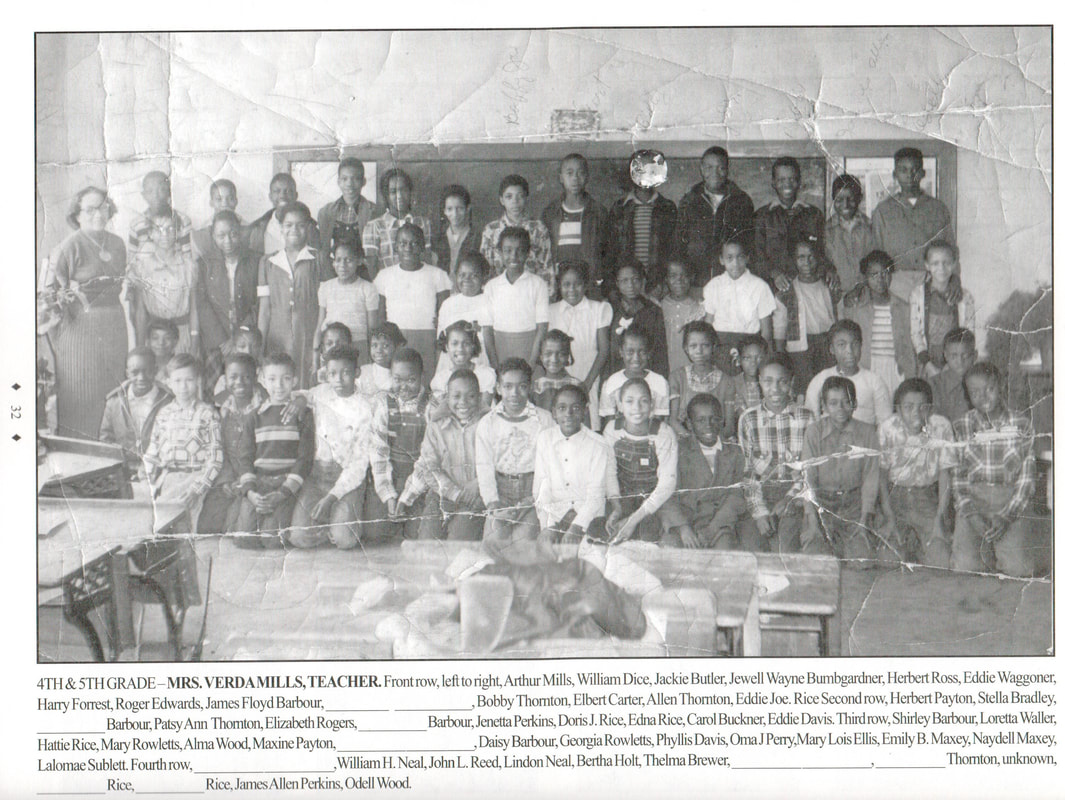 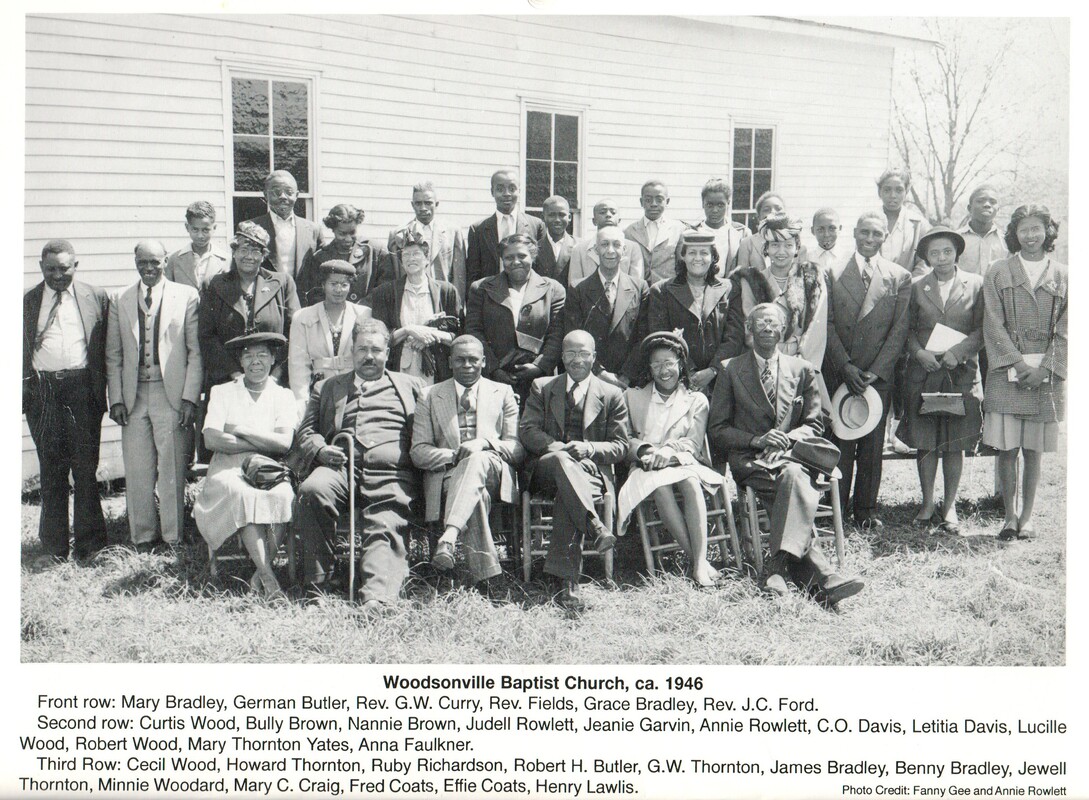 A concerned group of citizens petitioned for a consolidated school for the black students of Hart County.  Kentucky schools were segregated at that time.  It was decided to build on the land on Old National Turnpike in Munfordville.  Carter Dowling was named for the superintendent of county schools at the time, Daisie Carter, and Charlie Dowling, board member from Munfordville.

The plans were drawn for desegregation of the Hart County, Kentucky School District by the Hart County Board of Education on April 17, 1965.  Carter Dowling lost many students from 1965 until it closed its doors in 1969.  It is important to note that Carter Dowling opened and close by choice.

Carter Dowling was one of the first and only schools to allow the students to make choices concerning extracurricular activities and make comments on their teachers as well as how the school was being run.
The photo was below was taken in 1964 of the Seventh Grade Basketball Team. 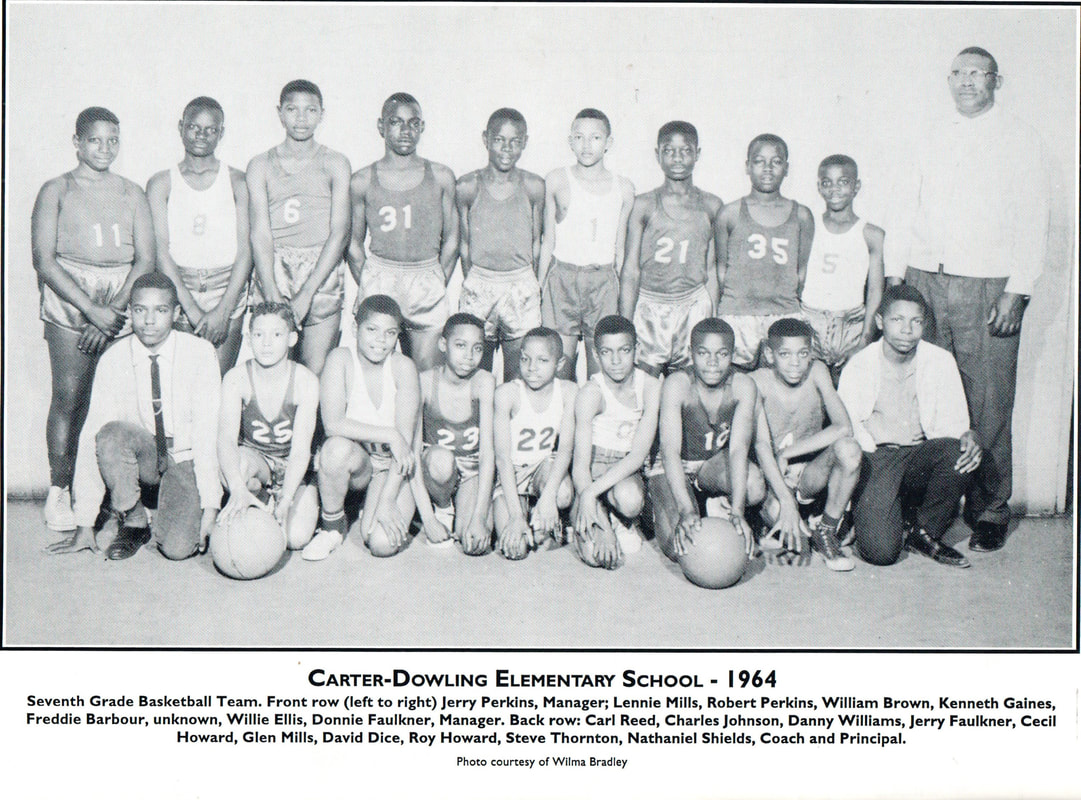 I love Kentucky; tho’ she merit scorn
I can’t despise the land where I was born.
Her name I cherish, and expect to see
The day when all her sons will cherish me.
Her many sins have all in common benn
With other sisters’ who their sins have seen.
Yes, I will pray for that good time to come
When I can say; Kentucky is my home.
And this I now ask at my country’s hand,
If I must die in some far distant land,
Then let my countrymen, when I am dead,
Where I was born, make my eternal bed.

Excerpt from the book “Not A Man, And Yet A Man” by Albery Allson Whitman 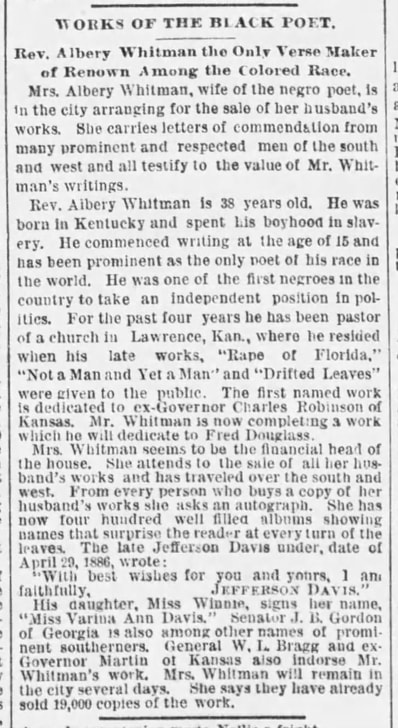 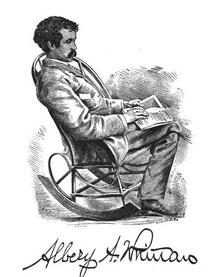 A noted 19th century African American poet, Whitman was born into slavery in Hart County on May 30, 1851. Self- educated, by age 22 he had published two books of poetry, Essays on the Ten Plagues and Other Miscellaneous Poems and Leelah Misled. He moved to Zanesville, Oh., and wrote a third book, Not a Man and Yet a Man.

After attending Wilberforce Univ., he became a minister in the A.M.E. Church. He is remembered for narrative poems celebrating the potential of African Americans emerging from slavery. The street north of this marker is named in his honor.
Presented by the Munfordville Tourist Commission.